This is the new buzzword for meditation or concentration. In the Indian tradition this is called Dhayan. Every student of yoga begins to learn how to turn within and find inner awareness–to focus within instead of without. It is like step one of the yoga process. But today this has become the new educational tool for helping children to develop.  Dan Siegel has written many books on this topic, and comes highly recommended from many sources. (http://drdansiegel.com)

I am fortunate to live in the Bay Area where there are many great teachers and institutions which foster and nurture new thinking; consequently, this area not only houses the great IT companies, like Google, Apple, Adobe, Facebook, Oracle, EBay, Twitter etc. but the area universities such as Stanford and Univ. of California at Berkeley, San Francisco, and Santa Cruz, as well as a host of famous writers living here,  influence the rest of the world. So it was I was able to hear Daniel Goleman speaking about this topic of “focus.” He is the author of Emotional Intelligence which “became an international sensation. It topped bestseller and ‘most influential books’ lists and sold five million copies worldwide.”  (http://www.danielgoleman.info/ )

Daniel Goleman has practical,  empirically valid facts, yet he demonstrates inspired insight. His new book, Focus includes studies that show that the ability to delay gratification is a more accurate predictor of success in life than any other factor, including social status, education, birthplace, intelligence and so forth. Children who could delay gratification at age 3 or 4, were many times more wealthy, happy and accomplished at age 30 than those who were unable to delay gratification.

He said that one can assist children in this “looking within” by having them lie down with a favorite stuffed animal or doll on the tummy; by breathing to a count of 3 in and out they can watch their toy rising and falling. This creates peace and concentration. I have two young grandchildren, so I tried it out with them one day. The girl is 5 and she did it easily without any hesitation for about 3 minutes… then declared it was, “Boring.”  The boy is 3 and his very physical way was to lift his stomach off the bed in order to get the toy to go higher than his sister’s!  So much for that experiment!

However, this could be the ideal practice for children’s nap time or when they are in ‘time out’.  They are so stimulated by their outer world, that it is vital for them to have time to turn within and be alone with themselves.  Joseph Chilton Pearce reports that children prior to developing language, meditate for short regular periods during the day where their learned knowledge is “uploaded” and integrated. This inner focus is where the true meditation begins and from all I have discovered from writing this book, that is the beginning of a return to our humanity. From meditation and inner awareness, we can remember  the state that is our highest selves. We become more compassionate and human.

When I was in graduate school, we studied students who came from two different environments not related to socio-economic status, race or ethnicity, but simply what the family social environment encouraged. If the student had been raised sharing in close proximity with family members such as a bed or bedroom with others and had never had quiet alone-time with a door closed to him or herself for example; the students related to the world as if everyone were intimately ‘inside their heads’ and understood their thoughts and feelings, their inferences and references;  this was considered “restricted code.” I found this same phenomena in Hawaii with the phrase “Da ‘Kine” spoken so frequently and incomprehensibly that outsiders who were not born there,  had no idea what the topic of conversation was. It was the “restrictive code” at work with people living on a small island in hot weather.  The energy to explain things was too much effort, and not necessary because of their close island mentality and shared experiences.

The students who had had their own ‘space’ to daydream alone, to think alone, to do homework alone, to read books alone and to be with themselves,  were able to abstract their audience as “away” or “outside.”  These students were considered “elaborative code” (http://en.wikipedia.org/wiki/Basil_Bernstein ) because they could appreciate the space between themselves and others and realize that others would not know of their experience. They could abstract their audience. They also knew an inner space that was where they could contemplate, consider, ruminate and explore their own inner mind. In other words, they could create an identity not based on others.

I see this daily in my interactions with students how some of them cannot “explain” reality for a distant reader. They can only write with a pile of assumptions that their reader could only understand if that reader were a family member with shared experiences. It seems more marked than ever today with the internet, Facebook and Twitter such that students feel like family “inside” these systems where thousands around the world are connected and thinking the same thing. Part of their mentality is with this “in crowd” but they are unable to let go of that “inclusive” paradigm to relate to the academic world of expository writing for a distant audience.

It is not just poor reading skills that we are seeing today, but it is sentences that make no sense even after being edited, proofed and examined;  such syntax is not even perceived  as meaningless unless it is read aloud to the student.  Receiving it from another part of the brain, they are astonished to find that what they thought was on the page was in fact not there, but their brain had invented the missing meaning.  Their brain had filled in missing information very much as the “restrictive code” member would.  Such minds do not think in terms of links and relationships that need to be explained.  These connections are not recognized… and it is a serious impediment to their ability to proceed in college.

The elaborative code students, increasingly a minority in my classroom, have spent time alone, pondering his or her relationship to ‘others’ and has realized that a person outside of their reality does not share it and concepts must be conveyed with details and elaboration.  These students display creativity, inventive ideas and thrive in the academic environment.

But the other aspect of the “restrictive code” is that these students rarely have turned within to find their own “domain” or inner realms. They are focused on the inner/outer world as one thing, so the world inside them is the world outside as well. There is no gap, no space for time to look inside and say, “How do I feel about that?”  The opportunity for them to find this is becoming increasingly fragile with the dominance of social media and life with the phone attached to the ear.

For these people such a practice of mindfulness could open up their awareness and give them a whole new perspective on inner and outer.  At the least mindfulness, focus and concentration would give them some peace from the invasion of other people’s ideas and thoughts bombarding them from TV, Internet, social media and radio incessantly and unrelentingly. To this end, I include in my curriculum 30 minutes of quiet, contemplative writing at the beginning of every class. At first they sit uncomfortably resisting this need to focus in.  But after a few sessions, there is a marked change where they do not want to stop writing because their thinking and writing flow is manifesting as something creative, unique, interesting and most of all satisfying. They are discovering the realm of their inner world and expressing it in writing. For many this opens the door to writing as therapeutic, and they never look back. That is one step towards mindfulness. 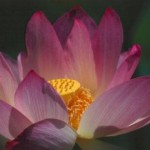 Comments Off on Mindfulness or focus